Probiotics are live microorganisms that are beneficial for body health when consumed. These microorganisms include bacteria such as Lactobacillus and Bifidobacterium as well as yeasts like Saccharomyces boulardii. Probiotics, also known as “Good Bacteria”, will maintain the balance of health in our body and especially the gut system. When the body is sick due to invasion and multiplication of bad bacteria in our gut. Good bacterias work to combat this bad bacteria and balance the amount of good bacteria and bad bacteria within our bodies. Yoghurt is one of the best sources of probiotics. It is made from milk that has been fermented by good bacteria, mainly Lactobacillus and Bifidobacteria. Kefir is a fermented probiotic milk drink made by adding kefir grains to cow’s or goat’s milk which is abundant in probiotics.

Tempeh is a fermented soybean product that contains minerals like iron, zinc as well as vitamin B12. It is commonly used as a high-protein substitute for meat.

Kimchi is a fermented, spicy vegetable that served as a Korean side dish. It contains probiotics like Lactobacillus that are beneficial for the digestive system. It is also high in vitamins and minerals like vitamin K, riboflavin (Vitamin B12) and iron.

And then we have miso, a Japanese seasoning produced by fermenting soybean with salt and koji, which is a type of fungus. It is rich in protein, fibre, vitamin K, manganese and copper.

How bout Kombucha? It is a black or green tea drink that is fermented by good bacteria and yeast (as opposed to pickles are cucumbers that are pickled in salt and water).

Not forgetting traditional buttermilk which is a fermented dairy drink that mainly consumed in India, Nepal and Pakistan.

Another source of probiotics is Nattō, which is also a fermented soybean product that contains bacteria namely Bacillus subtilis. It contains a high amount of vitamin K2 that may be useful to prevent osteoporosis and heart attacks.

Lastly, cheese such as Gouda, Mozzarella, Cheddar and Cottage Cheese contain high amounts of probiotics during their fermentation process.

Probiotics comes with a host of health benefits. First of all, probiotics is important in balancing the bacteria in our digestive system. Imbalance happens when there are too much bad bacteria and insufficient good bacteria. This can occur due to illness, consuming medication such as antibiotics, poor diet and more. The consequences of this imbalance will result in allergies, digestive tissues damage, mental health problems, obesity and others.

Furthermore, probiotics play a significant role in reducing symptoms of inflammatory bowel disorders (IBD), which includes ulcerative colitis and Crohn’s disease. For instance, Bifidobacterium and Lactobacillus are beneficial for those with mild ulcerative colitis. Ulcerative colitis is a long-term condition of an inflamed large intestine and rectum. Small ulcers can develop on the colon’s lining and cause bleeding and form pus. Probiotics can prevent Crohn’s disease from relapsing and getting worse. Crohn’s disease causes inflammation in the digestive tract that leads to abdominal pain, severe diarrhoea, fatigue, weight loss and malnutrition.

Probiotics can also help to improve symptoms of Irritable Bowel Syndrome (IBS) such as stomach aches, bloating, gas, diarrhoea and constipation. This is because of the nature of probiotics that protects the gut from pathogenic bacteria.

On top of these benefits, probiotics can help to prevent and treat diarrhoea. Diarrhoea is a fairly common side effect of after taking antibiotics because antibiotics can cause an imbalance of gut bacteria. Probiotic bacteria strains such as Lactobacillus rhamnosus, Lactobacillus casei and yeast Saccharomyces boulardii can help reduce the risk of diarrhoea caused by bacteria imbalance in the gut.

Moreover, probiotics also shows positive effects in improving heart health by lowering LDL cholesterol (“bad cholesterol”) levels and blood pressure. Lactobacillus strain probiotics may reduce cholesterol by breaking down bile in the gut. Thus, it forms more free bile salts in our blood. Free bile salt is less efficient in the absorption and solubilization of lipids in the gut.

Bioplus 17 Probiotics Powder contains 17 probiotics strains from three bacteria families including Lacto, Bifido and Strepto that is beneficial for the immune system, women’s health. treating diarrhoea, skin, constipation, IBS, IBD and reducing cholesterol levels. It is now available on esyms online store at the discounted price of Rm121.50 for a 30 sachet box. 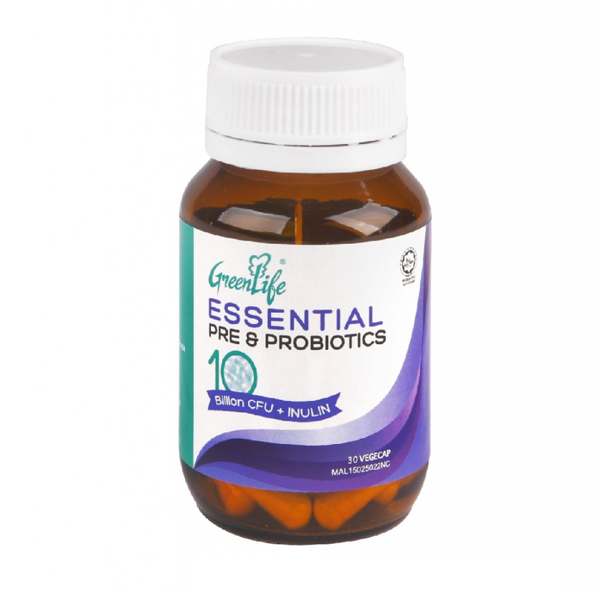 Greenlife Essential Pre and Probiotics is a symbiotic formula with the combination of prebiotic and 6 strains of probiotics such as Bifidobacterium lactis, Lactobacillus rhamnosus, Streptococcus thermophilus, Lactobacillus acidophilus, Bifidobacterium bifidum, Lactobacillus casei. This product contains 10 billion CFU and uses plant-based vegetarian capsules. It is sold on the esyms online store at discounted price of RM96.80. 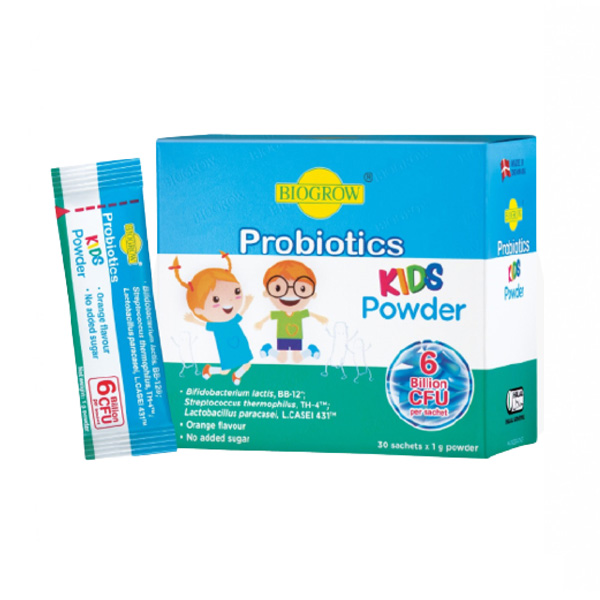 Biogrow Probiotics Kids Powder is a kid-friendly probiotic supplement designated for growing kids who have trouble with poor gut health, poor digestion and appetite, as well as kids that fall sick easily. It contains 6 billion CFU with 3 clinically proven probiotics strains namely Bifidobacterium lactis, Streptococcus thermophilus, Lactobacillus paracasei. It is available at the discounted price of RM59.90 on the esyms online store. 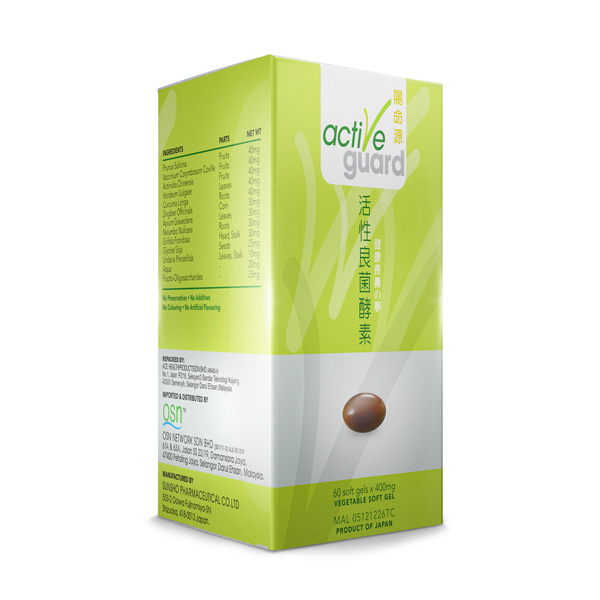 Active Guard Probiotics is a supplement that contains lactic acid bacteria and fermented plant food encapsulated in a vegetable soft gel. It includes 17 strains of friendly probiotic strains mainly from Lacto family. It is recommended to take 2 to 4 soft gels per day to maintain good health. The price is RM198 for 60 softgels on the esyms online store.

21st Century Probiotics is a probiotic supplement with Lactobacillus acidophilus, Lactobacillus salivarus, Bifidobacterium bifidum and Streptococcus thermophilus and prebiotic inulin. It contains 1 billion active culture to provide support and maintenance of healthy intestines. For adults, the recommended dose is 1 capsule daily. It is available at a discounted price of RM49.90 for a 90 vegecapsule bottle on the esyms online store.

Here are some frequently asked questions about Probiotics. We will add more questions when they come.

What is the difference between probiotics and prebiotics?

Probiotics are bacteria that naturally live in our body and help our intestines to break down food whereas prebiotics are carbohydrates that cannot be digested by the body and are used as food for the growth of probiotics in our body.

When should I take probiotics?

It is advised to take probiotics on an empty stomach to ensure maximum absorption and effectiveness of the good bacteria.

Are probiotics harmful to your body?

Probiotics are beneficial to our body in general. However, it may trigger an allergic reaction and cause mild stomach problems such as stomach upset, diarrhoea, or bloating, especially during the first few days of consumption. It may also cause infection for those who have immune system problems, had surgery or are critically ill. Please consult a doctor if you have any severe symptoms or fall under any of these categories.

Are probiotics safe to take during pregnancy?

Probiotics are generally safe for consumption during pregnancy. Please consult your healthcare provider if you have any concerns before starting on probiotics.

What does CFU mean in Probiotics?

Where To Buy Probiotics In Malaysia?

We have a huge selection of probiotics supplements on the esyms online store. Shop online and also speak to one of our pharmacists on-demand via our esyms portal. Also, get RM10 free credit upon registration for your first purchase with us! 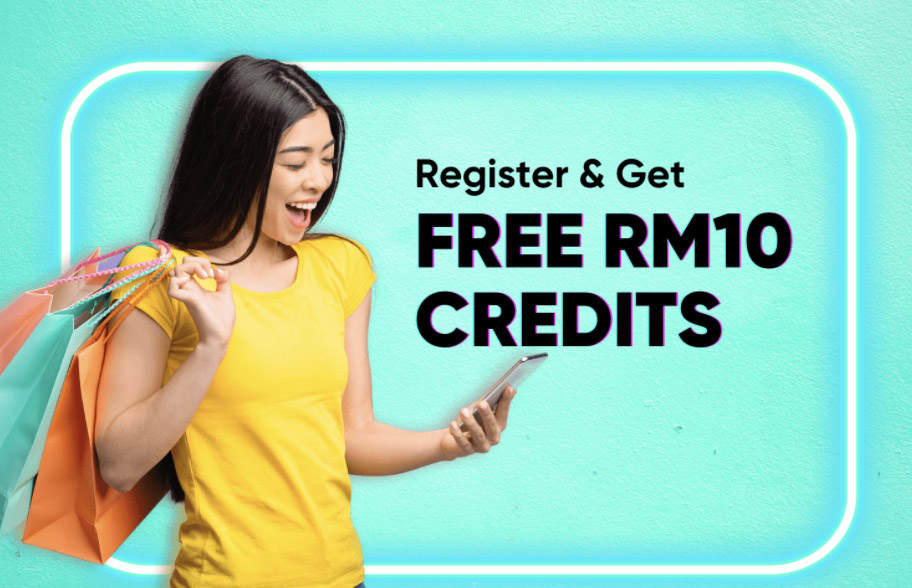